While the Carolina Hurricanes have more pressing business to tend to before shifting to next year’s 25th anniversary celebration, the Carolina Junior Hurricanes Hockey Association is kicking off the 15th anniversary of the Junior Canes and the commitment from the NHL franchise to support competitive travel hockey for area athletes.

In February of 2007, Canes Youth and Amateur Hockey (CYAH), a division of the Carolina Hurricanes dedicated to growing and supporting participation in the game, entered into a partnership with the Raleigh Youth Hockey Association to form the Carolina Junior Hurricanes. Under the new partnership, RYHA travel hockey teams would compete using the Canes name, logo and uniforms, along with CYAH representation on the youth association’s Board of Directors and other forms of on-ice and off-ice support.

The history of the RYHA dates back long before the Triangle area ever dreamed of being home to an NHL franchise. Starting in 1987, the association set out to provide recreational and competitive youth hockey programming to a population transplanted families and beginners curious to get involved in the game of hockey. 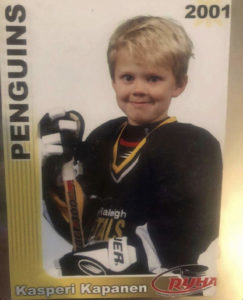 Popularity exploded as the Hartford Whalers moved to North Carolina, and an informal relationship between RYHA and the Carolina Hurricanes began as the children of NHL stars like current Pittsburgh Penguins forward Kasperi Kapanen took the ice in RYHA house leagues.

Soon, the youth hockey market in the Triangle area grew to where local rinks could support house leagues on their own, and RYHA shifted to focus more on competitive travel hockey. With a strong recreational base, a growing talent pool and the visible backing of the Carolina Hurricanes, RYHA began to establish itself as the premier youth hockey association in the Southeast.

In 2017, ten years after the birth of the Junior Canes, a name known throughout the area for making hockey history in North Carolina did it once again as Skyler Brind’Amour became the first Junior Canes player to be selected in the NHL draft. 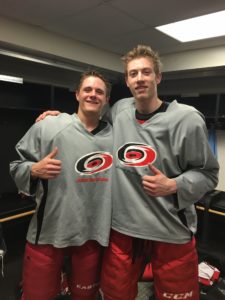 While familiar last names like Kapanen, Brind’Amour, Stillman and Wesley carried the Junior Hurricanes to notoriety, the unique commitment the Carolina Hurricanes made to young players of all pedigrees began to bear fruit as well.

Still, the problem to be solved was the perception that players had to leave North Carolina to gain any sort of exposure to reach the higher levels of hockey. On the other side of town in Wake Forest, the Carolina Eagles were providing area players with a direct path to that exposure with an association that included a youth program and a USPHL franchise under the same umbrella.

The Junior Canes and Eagles made each other better through a great rivalry off the ice for talent and on the ice for championships. While the Triangle area became known throughout the Carolinas as the epicenter for high level travel hockey, leadership from RYHA, CYAH and the Eagles all saw an opportunity to do what was best for the game, for the Triangle area, and most importantly, for the athletes.

In January of 2019, the Junior Canes and the Carolina Eagles announced their intentions to pool the area’s best staff, coaches and players under a single association – the Carolina Junior Hurricanes Hockey Association. By merging the two most successful and established travel programs in the South, the “new” Junior Canes set out to serve area athletes by providing elite-level youth hockey programming for 8U through 18U boys and girls at every competitive tier.

Three months later, the Junior Canes introduced themselves to the youth hockey world by winning the 2019 14U Tier 2 National Championship, beginning a string of three consecutive trips to USA Hockey Nationals where a Junior Canes team would reach the national semi-finals or better. 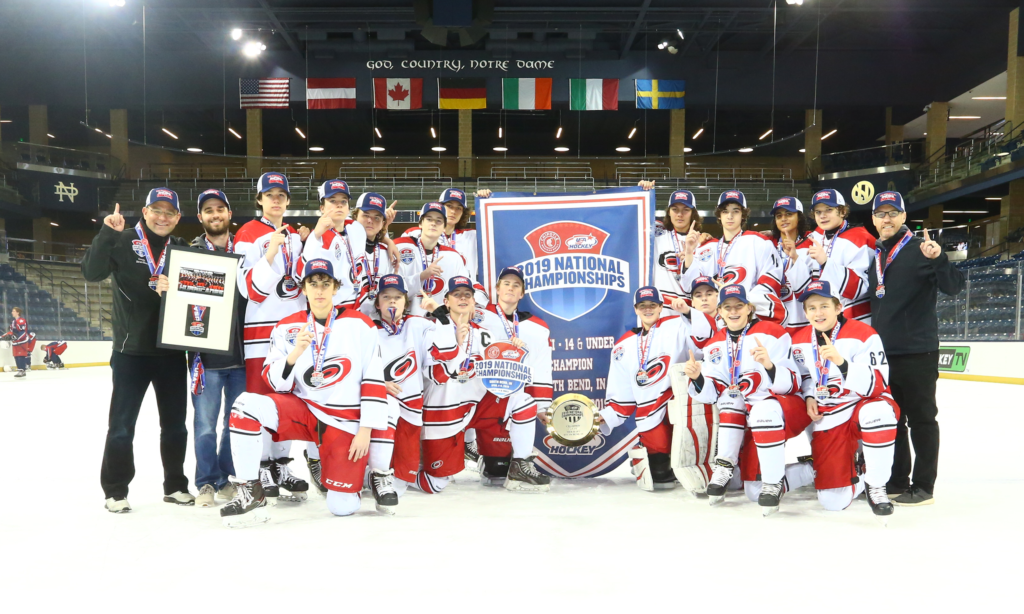 In addition to team success, the Junior Canes also began to chip away at the narrative that players need to relocate for exposure. In April of 2022, 33 of 52 players selected from the Carolinas to attend USA Hockey Regional camp were Junior Hurricanes, and 6 Junior Canes athletes were selected to attend the USHL pre-draft combine.

For the 15th Anniversary season for the Junior Canes, players will wear a commemorative logo on helmets and practice jerseys to celebrate the progress that’s been made since 2007-08. But staying true to the spirit of the Carolina Hurricanes, the crystal year will be more about establishing a standard for the next 15 years than reflecting on what it took to get to this point.

“Fifteen years from now, we’ll have North Carolina born and raised Junior Canes alums playing professional women’s hockey and in the NHL,” said association president Ben Swain. “We’ll also have Junior Canes alums using what they learned through the pursuit of their hockey goals to be leaders in other professions. It’s on us to build a program and a culture that prepares and supports them to succeed down both paths.”

The Junior Canes kick off their 2022-23 competitive season in September, but are currently in full swing with 8U through 18U boys and girls tryouts. For more information on how to join the Carolina Junior Hurricanes, visit their program guide or register today for player evaluations from May 13th through 15th.